Bought: A Pin Cushion in a Flower Pot

I am completely enamoured by new arrival at work:

Yes, it is a pincushion in a flowerpot! It's called Pincushion Posy and made by Freehand Embellished Apparel (sadly, I cannot find a website or etsy shop for this person). It's made from recycled pantyhose and wool and decorated with buttons, beads, and pearly stick pins. Oh, and embroidery scissors (which I've been meaning to buy).

Since I picked up an unexpected shift yesterday morning and I need scissors anyway, I bought it before anyone else has a chance to do so. I had my pick of the bunch and I think it took me a half hour to decide which one I liked best.

It's a delightful little creation. Prettier than the standard tomato pincushion and a stylish alternative to the arms of my chairs. Even Mr. P was excited by it (but then, anything to keep pins and needles and scissors out of the furniture). I knew it was happening again this year, but it had slipped my mind. Then I spotted it on The Loop's website and almost lost it.

I haven't been to PacaFiesta since 2005; I couldn't make it in 2006 (if it even happened that year) and then it didn't happen last year. I'm not sure how I'm getting there, but I am there. If you're in Halifax and you're a knitter/spinner/weaver/whatever, you need to be there. This is not just PacaFiesta, it is also FibreFiesta and it is like heaven. That is, if heaven was kind of warm and smelly with alpacas, llamas and goats. But it is definitely fibre lover heaven on earth.

(Sadly, I cannot find my photos of PacaFiesta fun...they are no longer in my flickr account and we have had some issues with lost photos after the Great Laptop Debacle of 2006).

Back in April, Security at Toronto's Pearson Airport confiscated my embroidery scissors. They were a cheap little pair that could fold up. I was told I could go back and check my bag, but I had just flown overnight from LA and I wasn't going to leave the security area. I was a little surprised that they had taken them. I really would have thought that LA would have tighter security than Toronto, seeing as on the list of possible targets, I imagine that LA is higher up on the list than the T-Dot Oh-Dot. Even if Toronto is a "World Class City".

Regardless, I gave up the scissors to Security and have been without since April. I get by most of the time, but I really do need a pair. I haven't really been able to find any in town that look worthy. Either they're really cheap looking, too expensive, or they're stork scissors. And quite frankly, stork scissors creep me out.

I just don't get the stork thing.

The Loop has some that come in a seriously pretty handcrafted wood holder (scroll down their page to see the wood stuff), but those are out of my price range right now (sadly, my eternal studenthood means they have to be under $20).

I've found a site called Silent Stitches that has a huge selection of scissors. I had no idea just how expensive scissors could get or how many varieties are available. So now I'm stumped as to which to buy. I had hoped there might be some scissor info on Feeling Stitchy or Pimp Stitch, but neither has covered the topic of scissors (yet...you should check both out if you are wanting info on other tools and tricks).

I'll probably just go for whatever looks prettiest and fits in my price range. But if anyone has a suggestion, I'm all ears.

I have a bad habit of signing up for mailing lists online and I end up with all sorts of junk mail that I totally asked for. I get notices about shops I can't afford (like a local fancy-pants department store or net-a-porter), about ebay searches and academic conferences. Sometimes it's a bit much. But the one thing I've signed up for and actually really like getting is the Dover Free Sampler.

Dover is a publishing company that you might know for their odd assortment of paper doll books (like fashions of the 70s, famous child stars or the Queen Mother), colouring books, little books of stickers and "tattoos", and "stained glass" colouring books. Some of my favourites from their collection are the political paper dolls. You can get both Bush presidents, the Clintons and now McCain and Obama. You can totally re-write the American political landscape with your own set of dolls (actually, you could re-write American history with a collection of paper dolls from Dover).

They also do CD-ROMs of clip art and fonts. Some of the clip art collections are a bit lame in my book, but there are others that I totally dig. It's all royalty free fun for "professionals and hobbyists alike" (their words, not mine).

So where does the free pattern come in? Well, some of the free clip art that comes in the Friday sampler are things that I want to use as embroidery patterns. Check out some of my favourites: 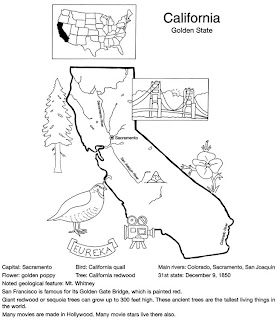 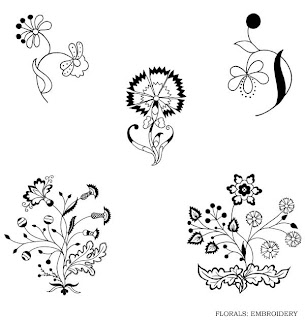 Both of these were found in the sampler. And best part? You get the full size image, so you can play around with the size.

And then there is the clip art for which I no use right now, but I like them and file them away under the category of "inspiration" for future projects: 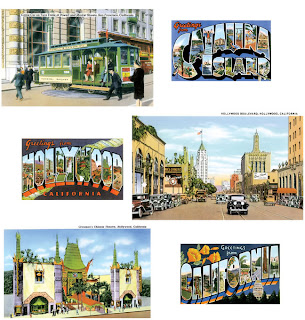 You also get e-mails about sales or deals, but so far, my budget doesn't allow buying anything like that - especially when I can get some of it for free. It's worth signing up for and even if embroidery isn't your thing, you're probably crafty enough to find some use for them.

Happy crafting and I'll be back soon-ish with more finds. And with some projects that I've been working on lately (I've got a couple of embroidery projects happening that I'm a little bit in love with).

I'm still playing around with the look of the blog, which is why it's starting to look like a little girl's bedroom threw up on my blog.

Here's one of my recent projects: Pickles!

My friend J.Lau and I made our first foray into the world of pickling and it seems to have been a success. Trouble is, we won't really know for another month and a half. You need to let them sit and, well, pickle for at least two months. Hopefully they're edible. I know they'll be garlicy - we put at least three cloves in each bottle.

I'm starting to feel the start of Sweater Weather around these parts. Today was still warm and inching up into the 20s, but a little bit of me is excited at the prospect of sweaters. Don't worry, I'm not wishing summer away - because I know it won't be long before I'm up to my ears in snow and slush and darkness. I'll enjoy the sunshine and the warm while I can, but I do love Sweater Weather.

filed under: not a craft, show and tell

As I slowly "recover" from my carpal tunnel (it's still there, but much better now that I wear my geeky wrist brace to type/write), I'm trying to get back to using my computer more and that means blogging again. My google reader had over 1000 unread posts! My e-mail inbox, which I'm a little obsessive about keeping "clean" had over 400. My desktop, which I am totally obsessive about keeping clean, was full of pdf, jpg, etc downloads. But I am slowly cleaning things up, organizing, and starting to think about what I have to do next. Once I get my desk top cleaned off (my real desk, not my computer desk top), I will start to write again. Hopefully I'll have something interesting to say and pictures to post.

I am also attempting to make my blog look prettier. This is easier said than done as I hate most templates and I am no web designer. I need to learn computer stuff/design so that I can make my own pretty blog and website. Nothing fancy, just pretty. Although, if you saw my very first website, the one I had on Angelfire in 1996, then you'd think this was pretty damn awesome. Man oh man, was that site ever bad.